Roblox exploits are advanced tools designed to run scripts to activate cheats and hacks in Roblox. As the name suggests, these tools seek to exploit any vulnerabilities in the game script and utilize them to insert scripts and codes to manipulate gameplay. Why do they manipulate gameplay? To gain an advantage over other users by implementing specialized hacks and cheats in the Roblox gaming platform. KRNL is one of the best-known Roblox exploits but what if KRNL is not working? That is why here we will talk about popular KRNL alternatives.

It is a leading Roblox exploit which offers a bouquet of features to bring some unique advantages to the users. You only need to use the latest version of this tool to access its capabilities and effortlessly run scripts to hack Roblox.

Fluxus works with bytecode conversion and is capable of running complex scripts which puts it among the best Roblox exploits. There are zero instances of screen freezing, game crashing, or lagging during gameplay while running scripts with Fluxus. It takes exploiting to an altogether different level. It also enables the use of an internal UI which makes script execution even more secure and faster. 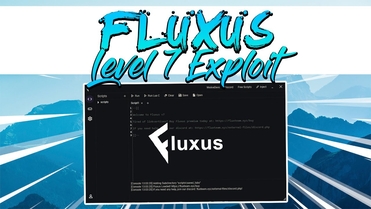 Equipped with advanced capabilities like Hook functions, this KRNL alternative is capable of intercepting communication between the client and the server which allows it to prevent Roblox from identifying it in the first place. Most anti-exploit measures employed by Roblox do not work when you are using Fluxus. This is a truly smart and efficient tool that makes running scripts more fun and exciting. On top of it, the tool is free and anyone can use its entire range of capabilities by just watching ads. To get rid of the ads, users can choose to buy its premium version which offers the same services but without any ads.

It is equipped with advanced functions including FPS Unlocking. Hook functions which we mentioned earlier and Multi Roblox Inject among others. The FPS Unlocking feature allows a user to unlock the frame rate and max it out to what the monitor can handle and enhance the visuals for precision gaming. Multi Roblox inject allows injecting scripts in more than one instance of Roblox without interfering with each other. These features make it a formidable exploit among KRNL alternatives.

On the whole, it offers a powerful package of features and capabilities that can excel as a Roblox exploit with great ease. If you are looking for advanced functionalities for free without compromising on safety, Fluxus is undoubtedly one of the best exploits and one of the top alternatives for KRNL.

JJSploit is a simple-to-use and highly effective exploit which has proven its mettle as a reliable and safe tool for Roblox gamers. You can easily get this alternative for many official sites, you can reach out to jjsploit download.   It can easily be considered one of the most effective KRNL alternatives. You can make use of its advanced features with great ease to hack Roblox in no time. Let’s take a look at what it has to offer.

It promises very fast script execution with its simple UI and there is no screen freezing or tearing during gameplay. Some other exploits can suddenly result in the game crashing midway through script execution. There are no such efficiency issues with JJSploit. You can use JJSploit in both 32-bit and 64-bit Windows version 7 or above and can be easily run on PC, Nintendo, Xbox, and Playstation consoles without any issues. You only need to use an updated version of the tool and there is no key system as well which makes it one of the easiest and most highly accessible exploits for users. So, you do not need to constantly struggle to get valid keys for tool activation. This is one area where it definitely does better than KRNL and becomes a powerful KRNL alternative.

You can use this tool at absolutely no cost and stay safe while hacking Roblox. What more could you ask for? The only thing you need to do is deactivate the antivirus while downloading and installing the tool so the antivirus does not detect the tool as malware. However, this is something you need to do while downloading any of the KRNL alternatives.

In short, it is an exploit worth its salt which can make exploiting very easy and fun for newbies. This alone is enough to make it one of the top alternatives for KRNL. If you do not have much experience with exploits and instead of advanced features, you are looking for something reliable, cool and fun, JJSploit is the way to go. What’s more? It costs you nothing.

It is a Roblox exploit in a class of its own which works with Synapse Lua or ‘Slua’ engine capable of offering advanced script execution with zero issues. Synapse X offers stable performance and is extremely hard to detect for Roblox, which means additional safety for users. Let’s take a look at its features.

As we have discussed, it offers efficient script execution> Also, with access to its next-gen script libraries, you can stay ahead of the curve by executing advanced scripts easily. As a result, you stay safe from any bugs or crashes which occur by using outdated exploit versions. 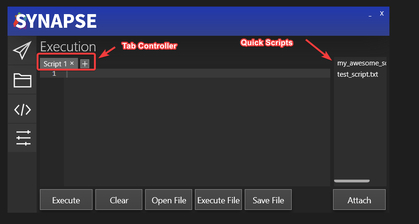 This feature puts it among the best KRNL alternatives. You can easily access a specialized Synapse X UI to run scripts by simply pressing the INSERT key. It creates an additional security layer to run scripts in a safe environment. As a result, you stay completely safe and undetected while enjoying its highly efficient operation. FPS unlocking offers another key advantage by helping max out the frame rates to access advanced visual quality depending on the capabilities of your monitor.

It makes possible faster key generation and easy activation of this exploit. You can easily access all its features and script libraries once the tool is activated and ready to run scripts. This might seem like a small thing but harder key activation methods can take up hours and reduce your gaming to a tedious task.

Ultimately, Synapse X emerges as yet another strong contender among the top alternatives for KRNL. It works with a powerful game engine and is equipped with some truly advanced features for gamers of all kinds. You get value in terms of functionalities. This makes it worth investing the tiny bit of time and effort it takes to use it.

So, there you have the top 3 KRNL alternatives available to date. You might have your own preferences based on what they afford. But it would be useful to keep your requirements in mind while making the final choice. You can consider the efficiencies of KRNL as a point of reference while analyzing and comparing the features of each exploit against others. It would help you arrive at a more balanced choice. Now you can choose your exploit and get started exploiting Roblox like a pro.